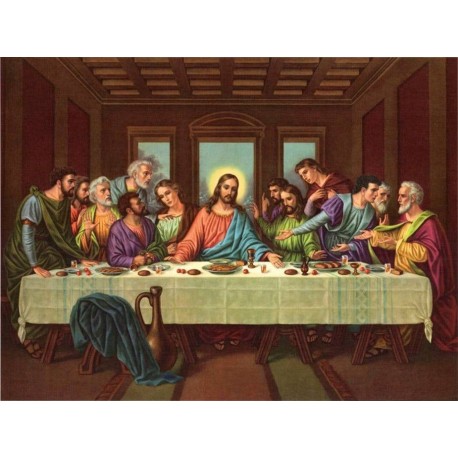 Get Your Own Handmade Oil Painting
To Give Your Home A Unique look. 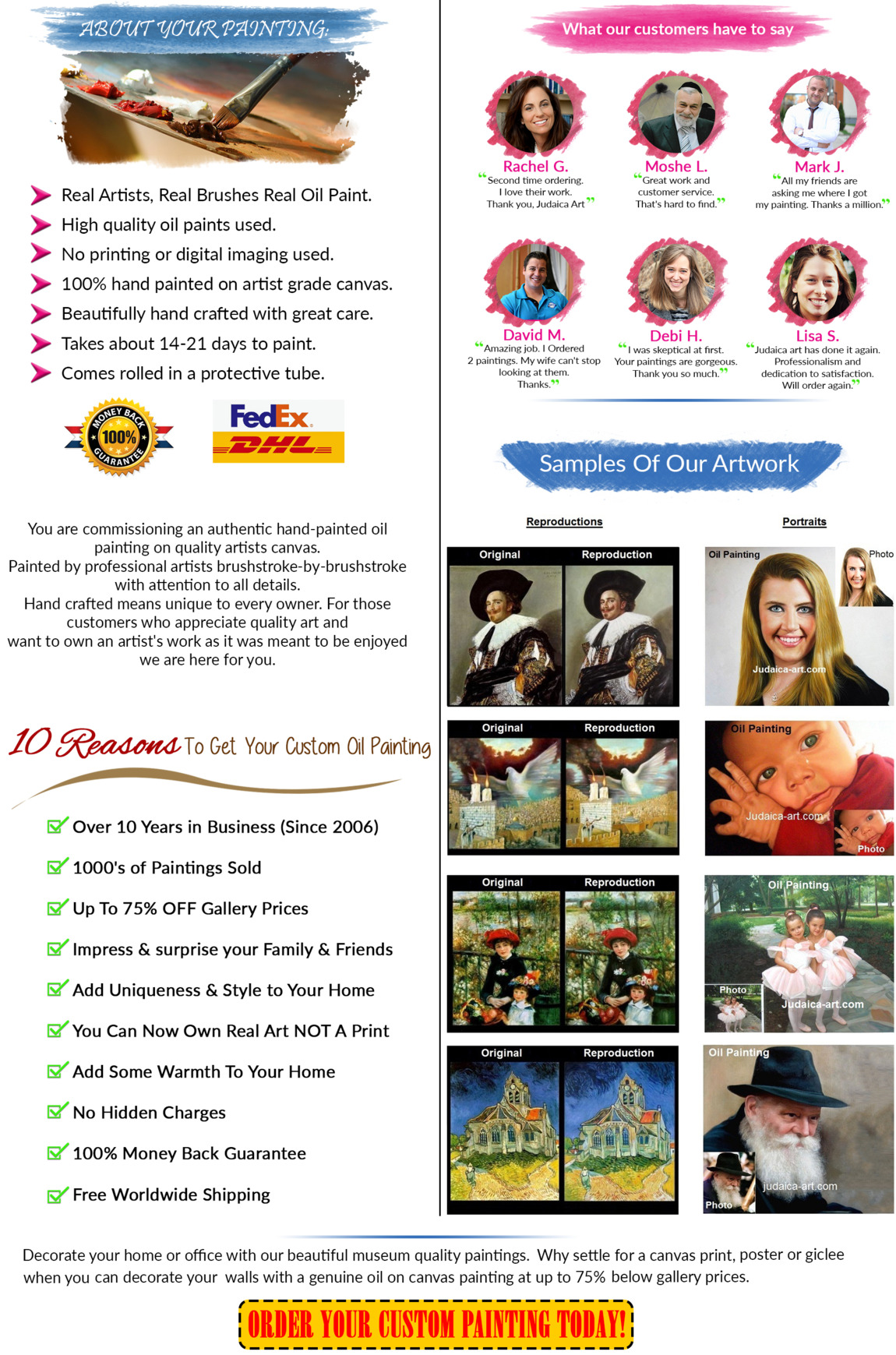 A touch of history about the Leonardo's The Last Supper

The Last Supper oil painting of Leonardo da Vinci (Cenacolo Vinciano) is one of the most famous and popular paintings in the world. This artwork was painted between the year 1494 and 1498 under the government of Ludovico il Moro and it represents the very last last "dinner" between Jesus and his disciples.

In order to create this unique artwork, Leonardo da Vinci carried out a tiresome research creating an infinity of preparatory sketches. Leonardo da Vinci abandons the traditional method of fresco painting, painting the scene "dry" on the wall of the refectory. There were traces of gold and silver foils that have been found which testifies to his willingness to make the figures in a more realistic manner, including fine precious details. After Leonardo's completion, his technique and environmental factor had contributed to the eventual deterioration of the fresco, which then had undergone numerous restorations.

The most recent restoration was completed in the year 1999 where several special scientific methods were used to restore the original painting colors as close as possible, and to eliminate  the traces of paint applied in previous attempts to restore the fresco.

Leonardo’s The Last Supper is located in its original spot, on the wall in the dining room of the former Dominican convent of Santa Maria delle Grazie, exactly in the refectory of the convent and is one of the most celebrated and well known paintings in the world.

Leonardo Da Vinci's "The Last Supper", is a huge oil painting of 4.60 meters high and 8.80 meters wide was originally made with tempera and oil on a gypsum preparation instead of the normal technique commonly used in the fresco period.

There area few measures that have now been implemented to just protect the paint from deterioration. To make sure that the fresco is maintained at normal room temperature, since the last restoration, visitor's' entering has been restricted to a group of twenty five people every fifteen minutes.

Curiosities about the Leonardo da Vinci's The Last Supper

Not many people know that the great fame of this artwork has awaken the interest of many historians, researchers and novelists who look to solve the supposed mysteries and enigmas that surround this oil painting. For example, in the books "The Templar Revelation" by Clive Prince and Lynn Picknett and also in the novel Dan Brown's Da Vinci Code, it is affirmed that the figure on the right side of Jesus is not the apostle John, but is actually a female figure. Many say the truth is that all these mysteries and curiosities have not really been solved yet.

Did you actually know that during the war of the French Revolution Napoleon's troops had used the wall of the refectory to make target practice for themselves and during the Second World War in 1943 the bombings managed to rip off the roof of the old Dominican dining room leaving the oil paint in the open for a few years.

Why visit Leonardo's The Last Supper?

The Last Supper of Leonardo da Vinci is one of the most important artworks of all times, both for its unique approach and for the impact it had for many artists of all ages. This magnificent artwork has been seeing by Leonardo da Vinci's contemporary artists as the "painting that speaks," this is  something that had never happened before.

How can you visit the Last Supper of Leonardo da Vinci?

The Last Supper oil painting of Leonardo da Vinci is for sure undoubtedly one of the most interesting attractions in the city of Milan. The tickets are always very limited, so the in advance reservation is considered always "mandatory". Tickets to see this amazing artwork can also be booked online and must be sold as part of a package, so it is recommended to combine them together with a book about the Last Supper, or with entries for the Brera Gallery or for the Pinacoteca Ambrosiana.

Naturally, it is also possible to book online a guided tour and may also include visiting other churches and attractions located in the center of Milan.You can also request a visit with a private guide that includes, in addition to the admission  to the Last Supper, a visit to the nearby Church of Santa Maria delle Grazie.

Are there other attractions in the area?

Milan is a huge city full of surprises. A short distance from Leonardo da Vinci's The Last Supper is the Duomo Square in the historic center of this city. In this square is located the famous Gothic Cathedral of Milan and the statue of Victor Emanuel II erected in the year 1896 in honor to the great king of Italy. Here you will also find the wonderful Vittorio Emanuele II art Gallery, a shopping center full of great cafes, restaurants and shops. After crossing this gallery you will arrive at one of the most luxurious theaters in the city of Milan, La Scala. A walk through this historic center is simply unforgettable!

29 other products in the same category: